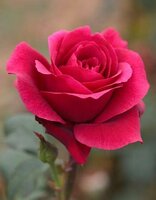 "A Merry Heart Doeth Good " Hazel Ann Ward Kadimik died on Tuesday, January 4, 2022 at St. Clare's Hospital in Denville. She was 94. The elder daughter of Blanche Peery Ward and Richard Ward, Hazel was born on May 3, 1927 in Albany, NY. She and her sister were raised by her single mother in Oxford, NJ and later moved to Washington, NJ where she graduated from Washington High School in 1944. Upon graduation, Hazel was accepted into the Cadet Nurse Corps program at Newark City Hospital. Although her studies were delayed due to a bout of tuberculosis, she proudly graduated as a Registered Nurse in 1948, and went on to work in public health nursing for the American Heart Association and Metropolitan Life. In 1947, she met (while hitchhiking!) the love of her life, John Kadimik whom she married in 1948. As a public health nurse, Hazel saw the great need for elder care facilities, and together she and John established Merry Heart Nursing Home in Succasunna in 1956. They began with just 10 beds, expanding over the years, and ran one of the most highly rated nursing homes in the state for more than 35 years until they retired in 1992. Hazel attended Rutgers University, earned her Health Care Administrator's license, was a member of the American College of Health Care Administrators and served on the Board of the New Jersey Nursing Home Association. She sponsored and actively participated in the Merry Heart-Greystone Project, returning individuals with mental health issues to the community to live and work. Hazel was an active member of many organizations including the Dover Junior Women's Club, the Contemporary Club, and the Lake Hopatcong Yacht Club where she was an Honorary Member. While a member of the Roxbury Historical Society, she was instrumental in saving, preserving and moving the Silas Riggs saltbox house. She was one of the founders of the Roxbury Public Library and also served a term as President of the Lake Hopatcong Historical Society. Hazel loved travel, skiing, tennis and entertaining. She and John traveled extensively, including a memorable trip around the world on the Concorde in 1990. Favorite destinations were Switzerland, Barbados and Pass-a-Grille, FL. She and her best friend Betty Shiffrin had some amazing adventures, including travels to South America and the Far East. Hazel skied into her late 70's and played team tennis; she was often the oldest player on the court, trouncing her younger competitors. She enjoyed decorating her homes, first in Succasunna, then on Lake Hopatcong, and finally in Vermont. Hazel was a party giver extraordinaire – any event or holiday was all the excuse she needed to shine as a gracious and talented hostess, and the more guests, the merrier. Her fondue dinners, Christmas in August, and cocktail parties were legendary! Hazel was predeceased by her husband, John. She is survived by her daughter, Candace A. Kadimik of Pittsfield, VT (formerly of Sea Girt, NJ) and her son, John P. Kadimik II and wife J. Kimberly of Hopatcong, NJ, and four grandchildren, Natashia and John P. Kadimik III and Alexander and Megan Ruiter. Memorial services will be private. Donations may be made in Hazel's memory to the Lake Hopatcong Historical Society, PO Box 668, Landing, NJ 07850. "Mother, you left us beautiful memories, your love is still our guide, although we cannot see you, you're always at our side."