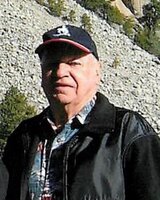 James Burnham Holly died peacefully at The Auberge in Salt Lake City, UT on July 12, 2022 with his children by his side after struggling with Alzheimer's for more than 5 years. Born on August 5, 1932, Jim lived in The Oranges until his family settled at Lake Lackawanna when he was a teenager. He graduated from Newton High School in 1951 and completed Lincoln Technical Institute where his passion for anything with a powerful motor was cemented. Jim proudly served in the United States Army from 1952 to 1955. In 1962 Jim married Dolores Kelly. He settled at Lake Lackawanna with his wife and her two daughters Laura and Kathleen whom he loved as his own and adopted. Their son William (Bill) completed the family in 1964. After the Army, Jim started a number of automotive-related businesses ultimately opening Holly's Transmission Service in Stanhope and making it his life's work. He was a master of towing and recovery who helped stranded motorists in Byram, Stanhope, Netcong and Andover night and day. For many years, Jim was a Special Officer with the Byram Township Police aiding friends and neighbors dealing with local disasters, emergencies, and crowd control. He was a lifetime member of the American Legion. He belonged to the Veterans of Foreign Wars and the Lion's Club. Through his life, Jim's motor sports interest led him to many adventures like family snowmobiling, motorcycle riding, and driving NASCAR cars over 150 mph at many NASCAR tracks proudly leaving the rest of the NASCAR Driving Experience pack in his dust. Especially later in his life, Jim and his wife enjoyed motor boating whether on Lake Lackawanna or Lake Hopatcong or on any of their more adventurous, extended boating excursions from Canada to Key West. Jim is survived by his wife of 60 years Dolores (Kelly) and their three children, Laura Jablonski (Donald) of Salt Lake City, UT, Kathleen Wolf (Lance) of Maine and Florida, and William Holly (Johanna) of Cody, WY, as well as his four grandchildren Laura Holly Goodman, Seth Fiderer, Evan Fiderer, and Kelly Holly. His step grandchildren and step great grandchildren include Nicholas and Katherine Jablonski, Ed Orr (Cecily) and their children Jersey and Aston James, Alexis Swearingen (Jake) and their children Liam, Adeline and Alana, Tara McCarthy, Thomas Wolf and his daughter Holly, and John Wolf (Amy) and their daughter Finley. Jim was predeceased by his father, William F. Holly and his mother Francesca (Burnham) Holly, his beloved sisters Joyce Holly (Gaughan) and E. Arline (Holly) Healion and his lifelong friends Bud and Sue Koch and Joe Pierson. James Life Celebration will be held on Sunday, July 17, 2022 from 3pm to 6pm at Leber-Lakeside Funeral Home, Landing, NJ. All are welcome to join the family directly at church for the Funeral Mass on Monday, July 18 at 10:00am at St. Jude Church, Hopatcong. James will be laid to rest at Stanhope Union Cemetery, Mt. Olive Township following mass. In lieu of flowers the family suggests memorial donations to Lakeland Ambulance Squad, PO Box 311, Andover, NJ 07821 or the Byram Twp. Fire Department, 225 US Highway 206, Andover, NJ 07821.