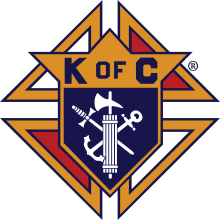 Born in Paterson, NJ on November 21, 1942 to the late John J. and Catherine (McGinnis) Strangeway, Edward has resided in Hopatcong for 33 years. He served proudly in the US Army during the Vietnam War from 1964-70. Edward worked as a Controller for Olin Chemical in Palisades Park prior to retiring in 1997. He was a member of Knights of Columbus Council #3665 of St. Michael's Church, Netcong. Edward loved classic and muscle cars, but his greatest joy was s pending time with his family.

Edward was predeceased by his loving brother, Captain John J. Strangeway of the Paterson Police Department.

Edward's Life Celebration will include visiting on Saturday February 9, 2019 from 2-4 PM at Leber-Lakeside Funeral Home, 150 Landing Road, Landing, NJ. A prayer service will be offered at 4:00 PM at the funeral home, followed by military honors. Cremation will be private. In lieu of flowers, please consider the Wounded Warrior Project at www.woundedwarriorproject.org.

Share Your Memory of
Edward
Upload Your Memory View All Memories
Be the first to upload a memory!