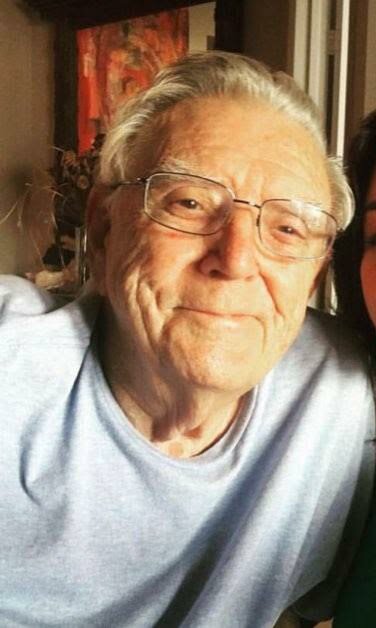 Born on September 19, 1925 in Old Forge, PA. Michael was a lifelong resident of Netcong, although he has lived with his daughter Donna for the past 8 years in Tampa, Florida. He served proudly in the United States Army during World War II recieving the American Campaign Medal, European African Middle Eastern Campaign Medal, Good Conduct Medal and the World War II Victory Medal.  He earned a bachelor's degree from Penn State University. Michael was a Program Analyst at Picatinny Arsenal in Wharton, NJ prior to his retirement. He was the founding President of Holy Trinity Orthodox Church in Randolph, a Member of the VFW and loved playing golf.

Survivors include his daughter, Donna Downey and her husband George, son Michael, Jr. and his wife Colleen and his grandchildren Heather Thomas and Shaun Polianchik.

Michael's Life Celebration will include visiting on Wednesday July 6th, 2022 from 2-7PM at Leber-Lakeside Funeral Home, 150 Landing Road, Landing, NJ. A funeral will be offered on Thursday July 7th, 2022 at 11:00 AM at Holy Trinity Orthodox Church, 120 Dover-Chester Road, Road, Randolph, NJ. All are invited to meet directly at church prior to the funeral. Michael will be laid to rest at Stanhope Union Cemetery in Mt. Olive Township.

Share Your Memory of
Michael
Upload Your Memory View All Memories
Be the first to upload a memory!
Share A Memory
Send Flowers
Plant a Tree