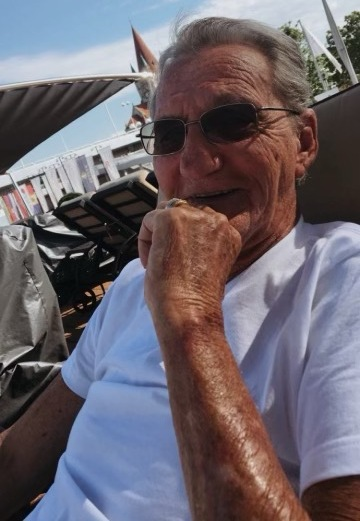 Paul M. Matzek, 82, of the Landing section of Roxbury Township passed away on Tuesday August 30, 2022 at his home surrounded by his loving family.

Born in Jersey City on November 6, 1939 to the late Paul M., Sr. and Victoria (Yazulla) Matzek, he resided in North Caldwell prior to moving to Landing 27 years ago. Paul served proudly in the United States Air Force. He was an Accounts Receiving Manager for Classic Waste Management in Jersey City prior to his retirement.

Paul's greatest joys were traveling with his wife and family, hot summer days poolside or floating on his raft and partaking in the lives of his beloved grandchildren.

He was predeceased by his daughter Janice Matzek and sister Rosemary Napolio.

Paul's Life Celebration will include visiting on Friday September 2, 2022 from 2-4 and 6-8 PM at the Leber-Lakeside Funeral Home, 150 Landing Road, Landing, NJ. A funeral Mass will be offered on Saturday September 3, 2022 beginning at 10:00 AM at St. Jude RC Church, 40 Maxim Drive, Hopatcong, NJ. All are cordially invited to meet directly at church for Mass. The remaining services will be conducted privately. In lieu of flowers, please consider donations in Paul's memory to Tunnel to Towers at www.T2T.org.

Share Your Memory of
Paul
Upload Your Memory View All Memories
Be the first to upload a memory!
Share A Memory
Send Flowers
Plant a Tree