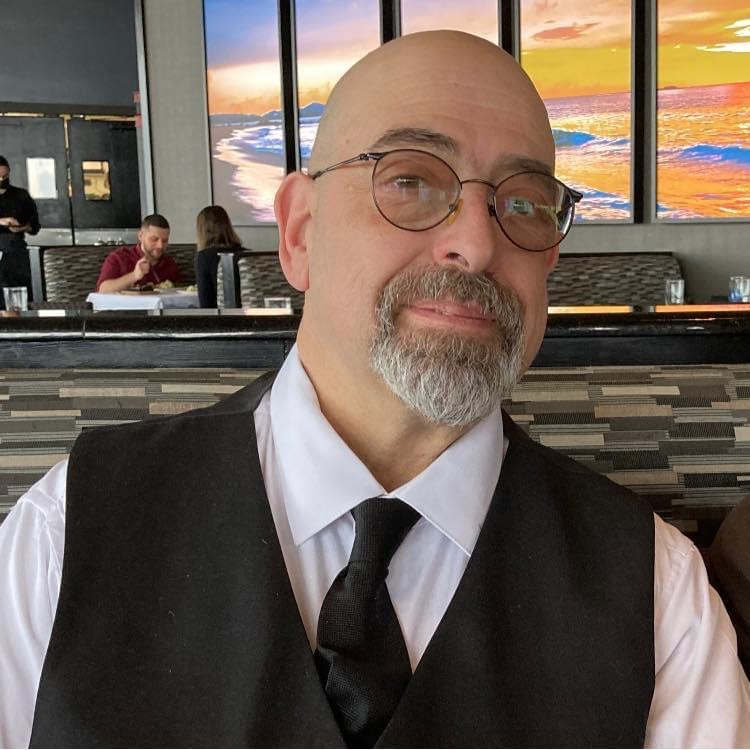 Born on September 12, 1963 in Brooklyn, NY to the late Michael and Grazia Garfi. Frank grew up in Bensonhurst.

Frank began his career in Max's Kansas City (NYC). He was a self taught, self-employed audio engineer with several platinum and gold records to his credit. He worked in several well known studios where he engineered albums for many famous recording artists.

Frank also enjoyed working on horror movies and music scores with his Insane-O-Rama partner Marc Fratto. A very talented chef, Frank loved to cook for his friends and family and particularly enjoyed perfecting his rice balls. He also had a passion for muscle cars like his '66 Charger.

Frank is survived by his wife of 8 years Christine Porcello, sister Maria and her husband Andy, brother Sal and his wife Dorothy, brother-in-law Michael and his wife Nancy. Frank is also survived by nieces and nephews Joseph, Melissa, Michael, Michelle, Dana, Joe, Sal, Steven, Nickie, Dylan, and Lia in addition to 8 great nephews and 1 great niece.

Frank will also be missed by his beloved pets Samantha, Maya, Epiphany and Rocky.

Franks kindness and loyalty will be remembered by the many friends in his life.

Arrangements are private and entrusted to Leber-Lakeside Funeral Home. In lieu of flowers, please consider donations in Frank's memory to Outcastrescue.com or Alzfdn.org

Share Your Memory of
Frank
Upload Your Memory View All Memories
Be the first to upload a memory!
Share A Memory
Send Flowers
Plant a Tree