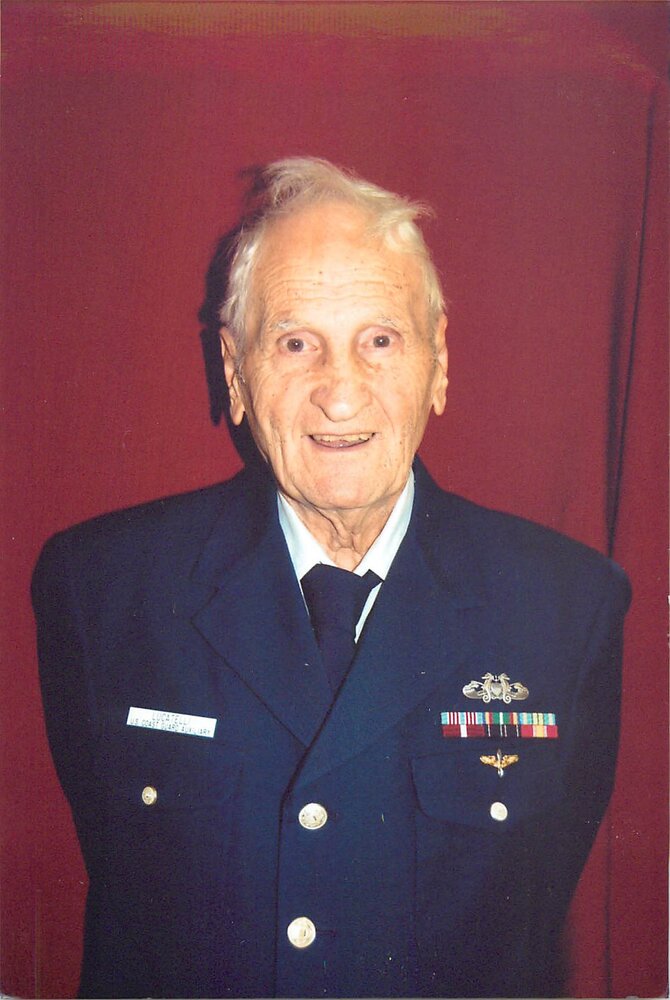 Louis J. Lucatelli, Jr., 97, of Lakewood, NJ passed away peacefully on Monday, October 17, 2022 at his home surrounded by his loving family.

Born in Netcong, NJ, on May 6, 1925 to the late Luigi and Louisa (Gracucci) Lucatelli, "Lou" was a longtime resident prior to moving to Lakewood. He served proudly in the United States Coast Guard. Lou was a Quality Assurance/Control Representative at Picatinny Arsenal in Rockaway and later for Annin Flag Co. in Totowa. In his retirement, Lou also worked as a Real Estate Agent.

In addition to his parents, Lou was predeceased by his wife Raffaella and siblings Enea, Aldo, Francis, Jennie and Aurelia.

Lou's Life Celebration will include visiting on Friday October 21, 2022 from 9:00-10:30AM at the Leber-Lakeside Funeral Home, 150 Landing Road, Landing, NJ. A funeral Mass will be offered at 11:00 AM at St. Michael's Church, 4 Church Street, Netcong, NJ. Lou will be laid to rest at Stanhope Union Cemetery in Mt. Olive Township. In lieu of flowers, please consider donations to the American Littoral Society at www.littoralsociety.org.

Share Your Memory of
Louis
Upload Your Memory View All Memories
Be the first to upload a memory!
Share A Memory
Send Flowers
Plant a Tree